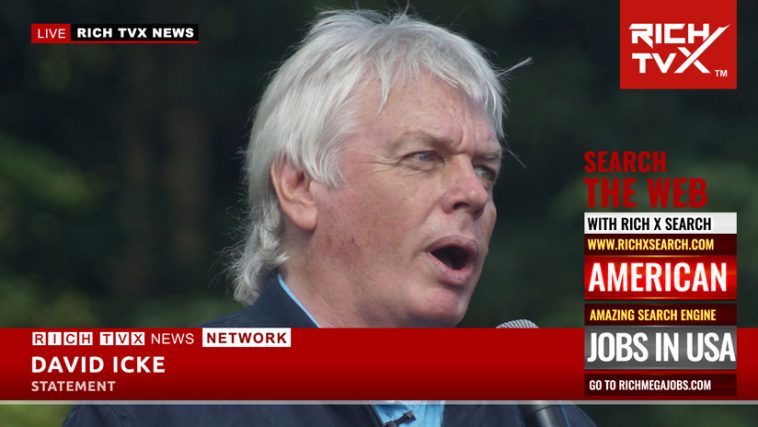 NEW YORK (RichTVX.com) — David Icke is an English book author and a former footballer and sports broadcaster. He has written over 20 books, self-published since the mid-1990s, and spoken in more than 25 countries.